It was an awesome experience to be in such a big fish market known as ‘the mohona’ in Digha, because I haven’t seen such a big fish market from where fishes are supplied in different parts of West Bengal. The place was not only crowded with the fish-dealers, but by the viewers also. Different types of fishes can be seen there with different prices. As the prices varies, bickering is common. If one looses, other will capture immediately. I was standing there, enjoyed the scene for an hour. 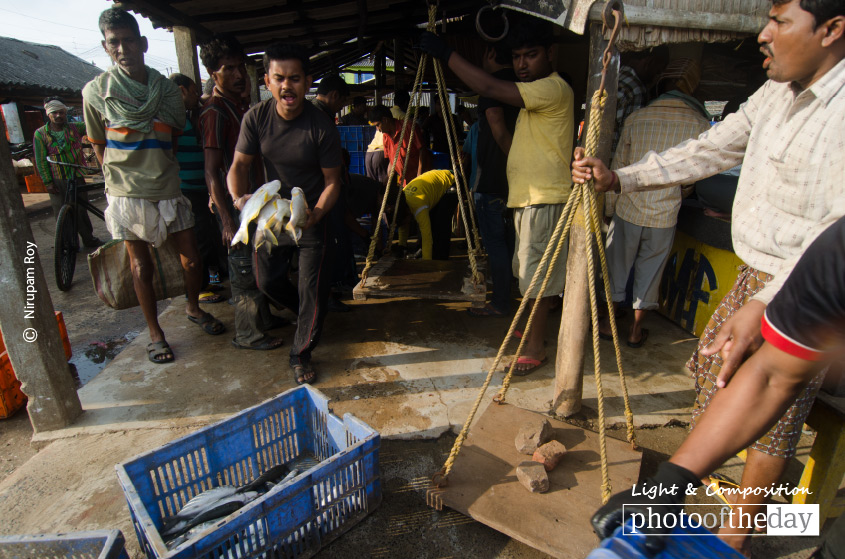 Craftsman in Marrakesh, by Ola Cedell