It is Lesser Gull. The scientific name is Cepora Nadina. This type of butterfly is generally found in the dooars. In India, the Buxa Tiger Reserve is the heaven of the type, where I took this photograph when it was landing on the ground. 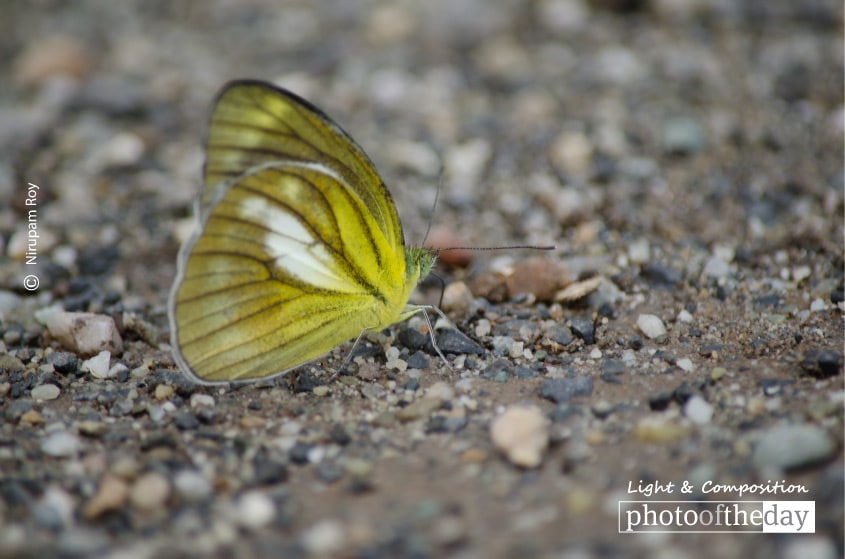 Preparation for Next Sareen, by Nirupam Roy