Starry night above the erupting volcanos in Kamchatka, Russia. On the left was the Klyuchevskoy volcano erupting with bright lava, coming down the hill. On the right was the remote Bezymyanniy volcano, also erupting, and in between was the non active Kamen volcano. It was very difficult to shoot long exposure due to strong wind. 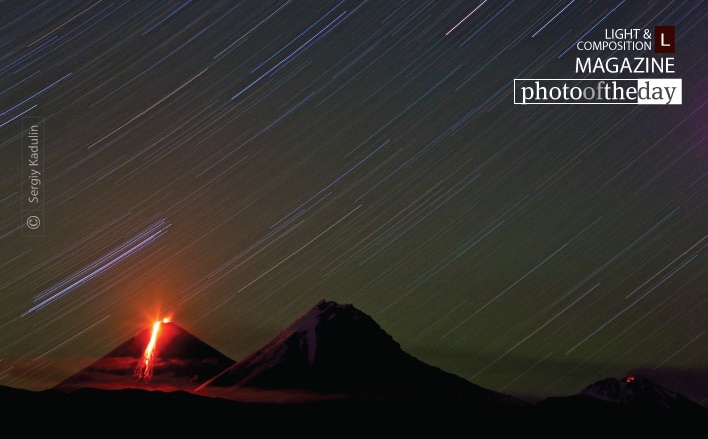