Saturday, March 30th, Venice, Italy. It was close to 21:00 when the sirens that announce the exceptional tide peaks that sometimes occur in the northern Adriatic Sea rang throughout the city. I was in my hotel room when I heard the alert system announcing a very intense phenomenon, around 135 cm above the standard. Then I decided to prepare my equipment for a walk to Piazza San Marco and its surroundings while the water was quietly but quickly invading the streets and pavements of the city. 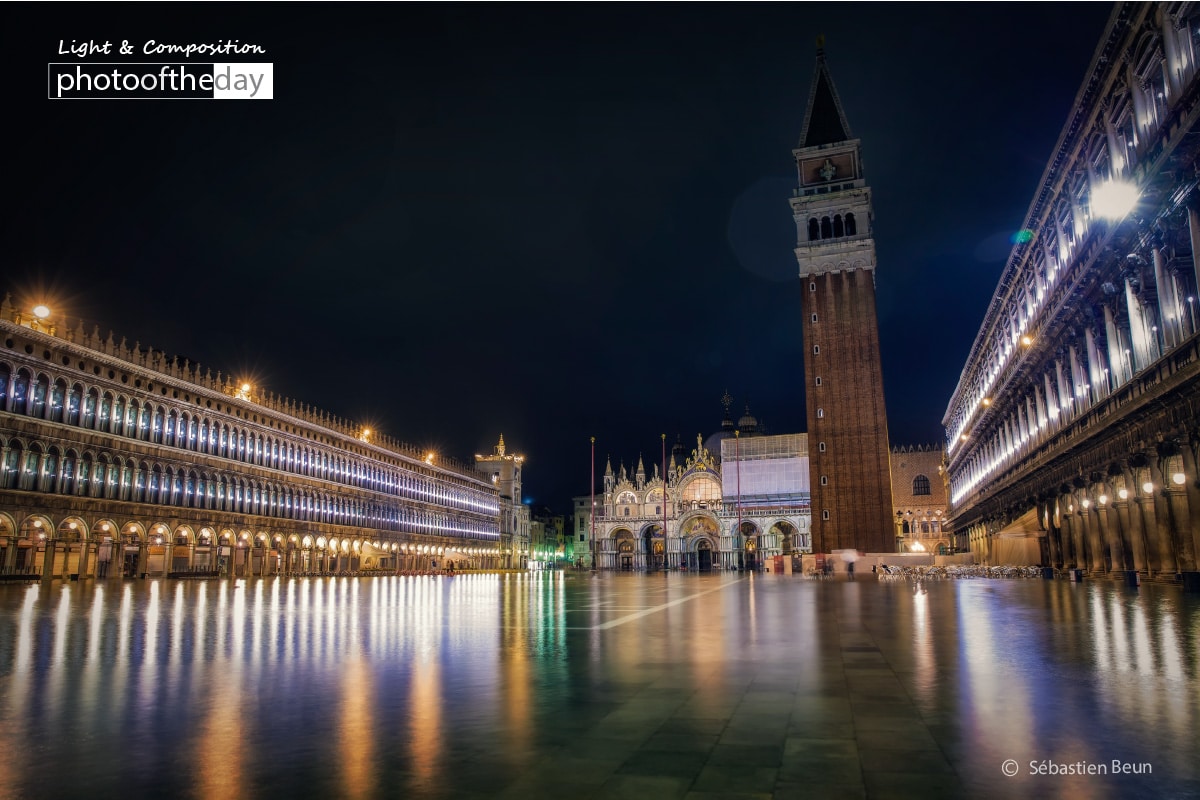 The Beautiful City of Guanajuato, by Ana Encinas

The Return to Emerald City, by Arnold Chan

A Thousand Words, by Sandra Frimpong