As I was walking back to my hotel late one evening, I saw this amazing balcony ahead. As I came closer, I saw there was an empty winding street and perfectly located street lights running along side of the building with the balcony. The entire vignette seemed to be telling a story. It is always fascinating to me to think of all the people who have traveled along this ancient street in Bordeaux. The city of Bordeaux is know for its ornamental iron balconies. 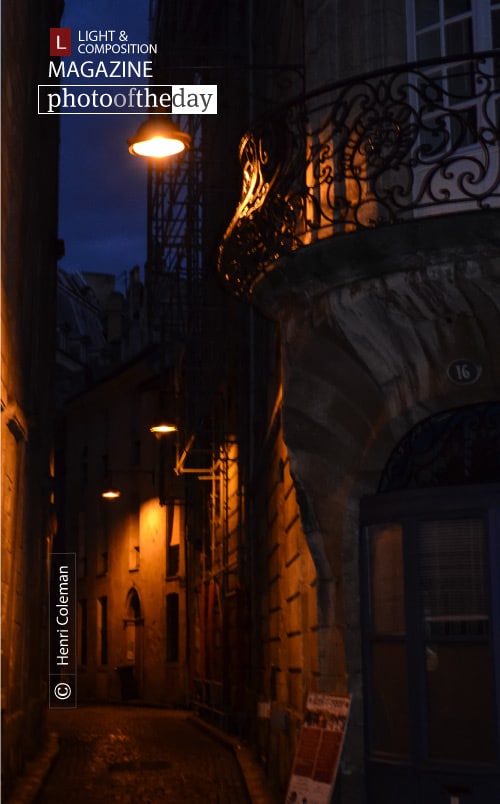 Up & Down, by Minh Nghia Le

The Art in Ordinally Day by Makiko Ono

Photo of the Month | 38th Month
Scroll to top wpDiscuz