This is my son Ethan. We were on vacation in Maine and spent this particular day, along with my wife, hiking this elevated path through a forest filled with ferns and birch trees. It was mesmerizing. Ethan was walking just ahead of us, turning as he thought he heard an animal nearby. 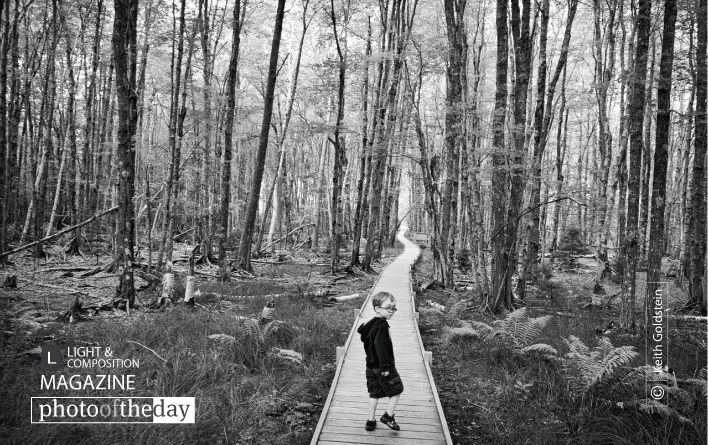