While walking inside the Jigme Dorji National Park, one of the largest biologically rich areas in the Eastern Himalayan region in Bhutan, I saw these trees. For a distance it seemed these trees had some leftover colorful leaves, but after reaching bit close I realized they were red and yellow Scarlet Minivets. It was a magnificent sight that I could hardly able to capture in this photograph. 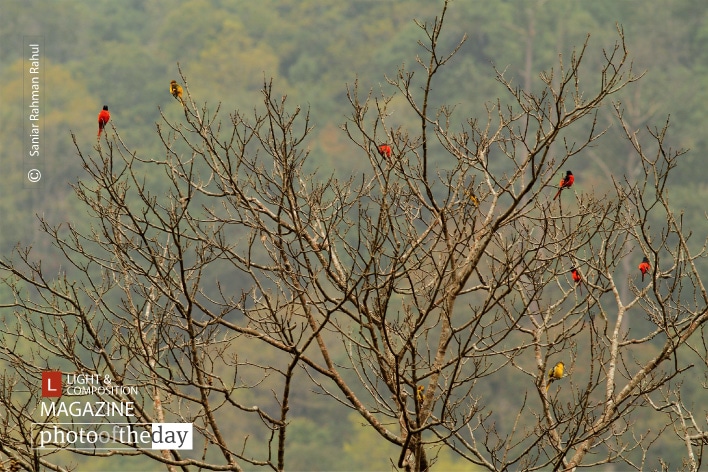 Apples in Autumn, by Anish Kharkar

Subscribe Now
Under the Blissful Clouds, by Masrur Ashraf

Climb Your Mountain Every Day, by Ronnie Glover
Scroll to top wpDiscuz