I met this old lady while visiting the Gangtey Gompa Monastery in Phobjekha district Bhutan. It was a quiet morning. All the monks at the monastery were away attending a festival. She was one of the handful of people at the monastery. She had such a unique face that when my tour guide asks me whether I would like to take her picture, I immediately said yes! It was quite a sunny day so I had my tour guide positioned her under a roof shade and took a portrait of her. 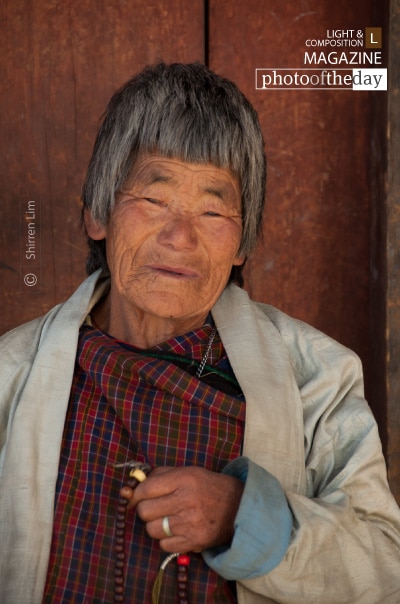 The Other Side by Anastasia Markus

A Smile on Her Face by Sandhya Kumari

An Old Gate, by Lothar Seifert
Scroll to top wpDiscuz