Taken from the bank of river Padma, at Munshiganj, these are Black Breasted Weaver, which are not often seen in this area. They are resident of the northern river plains of the Indian subcontinent. Like the other weavers, the males build an enclosed nest from reeds and mud, and visiting females select a mate at least partially based on the quality of the nest. 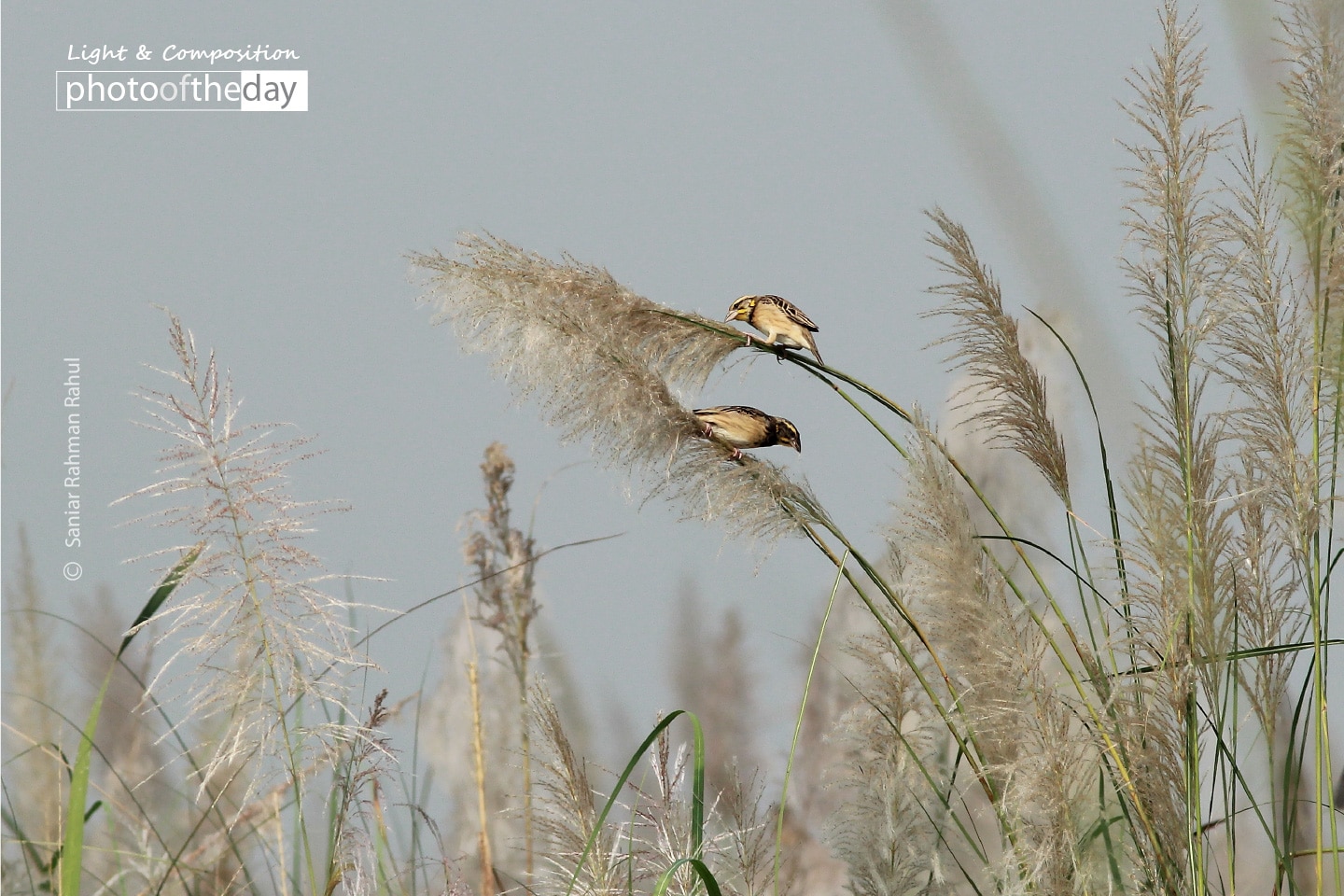 Dual Take off to 90, by Somnath Chakraborty
Scroll to top wpDiscuz