Taken at Kaptai National Park, in the district of Rangamati, Bangladesh, this Lineated Barbet is a large barbet found in the northern parts of the Indian subcontinent, along the southern foothills of the Himalayas and also in parts of Bangladesh and West Bengal. Like other barbets, it is a frugivore. It nests inside holes bored into tree trunks. 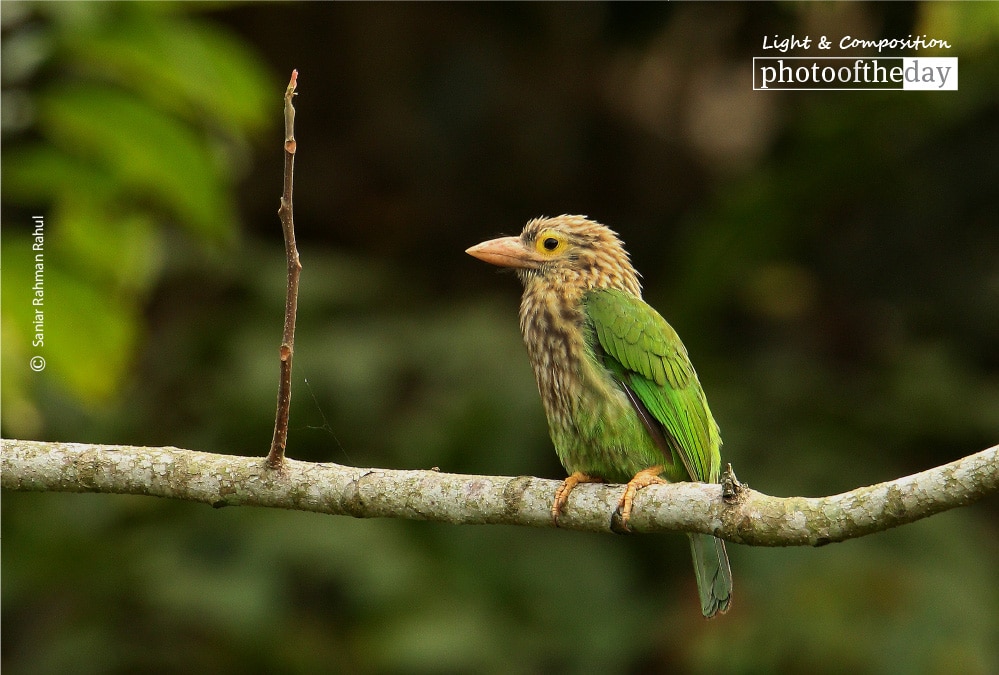 Such a Calm Poser, by Tareq Uddin Ahmed

Frames within the Frame, by Mohammad Saiful Islam