On the southeastern shore of California’s Salton Sea, you will find the Red Hill Marina and a set of three well photographed dead trees. I have shot these trees from various angles and times of day. This particular photograph was shot around 3:30am on the night of the recent Supermoon. The moon shadow being cast was amazing to see even to the naked eye and I knew I wanted to be in that shadow for a long exposure shot. I was very pleased with the resulting photograph and decided that converting to black and white was the correct way to go. Shortly after taking this photo, I was actually approached by a couple of Imperial County Sheriffs who were patrolling the area. They were curious what I was up to out taking pictures of trees in the middle of the night by myself. I had to explain the concept of long exposure photography to them and after showing them this photo they understood and said they liked it. I hope you do as well. 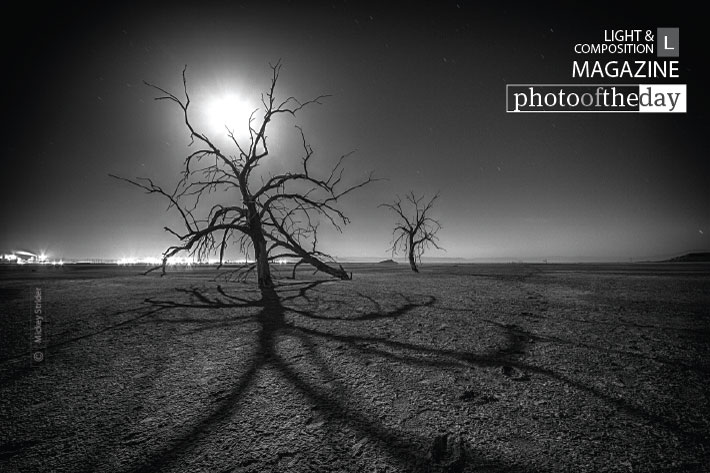 Walking on the Bridge by Jose Juniel Rivera-Negron

Winter in the Park, by Des Brownlie

A fantastic composition of light and shadow, coherent. Perfect!