It was a beautiful and windy day in the litoral of Dos Bocas, Tabasco during a break to meet with Pemex, Mexican parastate company. The beach is located just a few miles from the Maritime Port of Dos Bocas, Tabasco, Mexico. The sky and seawater color was deep blue, and the red color of the barge in the background played to be a great contrast. 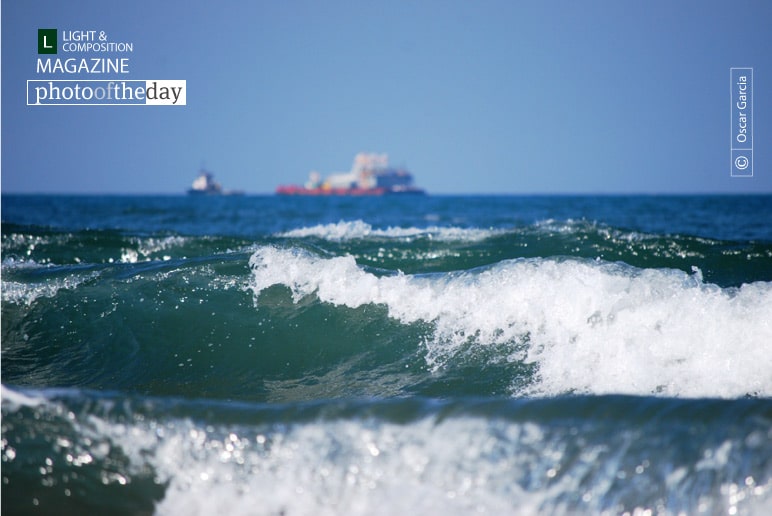 Subscribe Now
Dirt Road up the Mountain, by Naude Visser