Cattle Egret and Buffalo, you can find them always together. Either the cattle egret hitching a ride on a Buffalo, or catching insect and small vertebrate prey from the field while accompanying them. Though I took this from Shaistaganj in Kalenga Forest Range of Rema Kalenga Wildlife Sanctuary, but it is one of the most common scenes of rural Bengal. 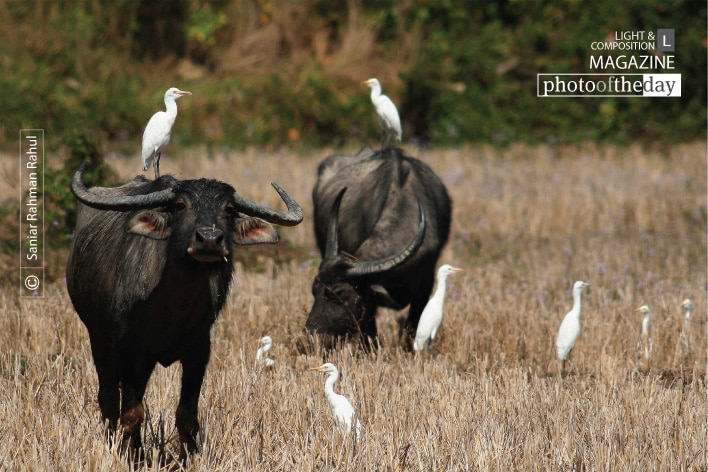 A Defensive Stare and Stand-off, by Martin Meyer

Before Migration, by Ryszard Wierzbicki