If you go inland, in the maze of water ways of Bengal, where thousands of rivers are crisscrossed, one can encounter a very common scene, water buffaloes are bathing in its river banks. In summer that become frequent, as this animal love to spend more time in water to get rid of summer hit. I took this photograph when the water buffalo was making a very rhythmic move, as if dancing in the water. 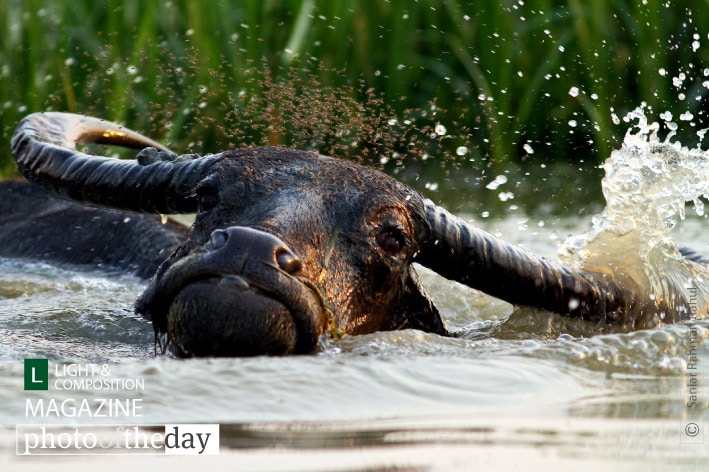 The Finger Paintshop, by Ashik Masud

Life and the Sea, by Mohammad Saiful Islam

Lost in His Own World, by Shahnaz Parvin
Subscribe
Login
0 Comments
Inline Feedbacks
View all comments
4,215,112

My Home, My Nation, by Easa Shamih
Scroll to top wpDiscuz