I went to Piacenza, Italy for a two day business trip, and found this nice Italian restaurant in where the chicken with olive oil, and the spaghetti were fantastic! the daylight was about to expire, and there was this thunder storm approaching quickly. After dinner, I went back to my hotel, and Nature started to pour heavy rain, which helped me sleep tight. Beautiful country. 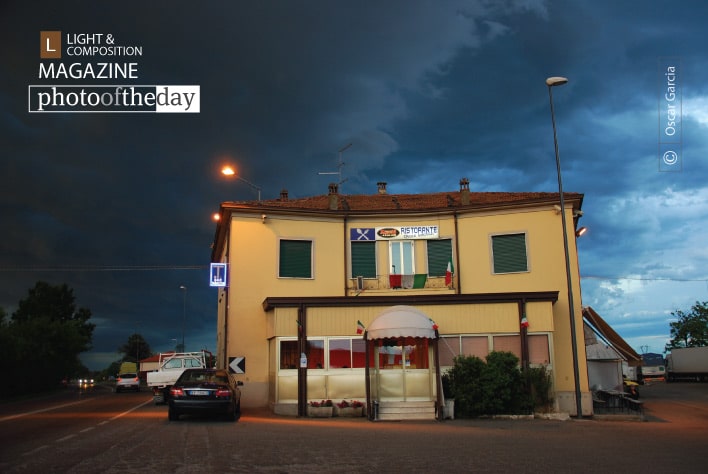 Caught in the Air, by Ryszard Wierzbicki