In one winter I went to Rema Kalenga Wildlife Sanctuary, in the northeastern part of Bangladesh. Just before entering into the forest I noticed this beautiful female Purple Rumped Sunbird, taking honey from this wild flower. It’s a tiny bird not more than 10 cm long. These birds are widespread in southern India, Sri Lanka and Bangladesh. Like other sun-birds they are feeding mainly on nectar. 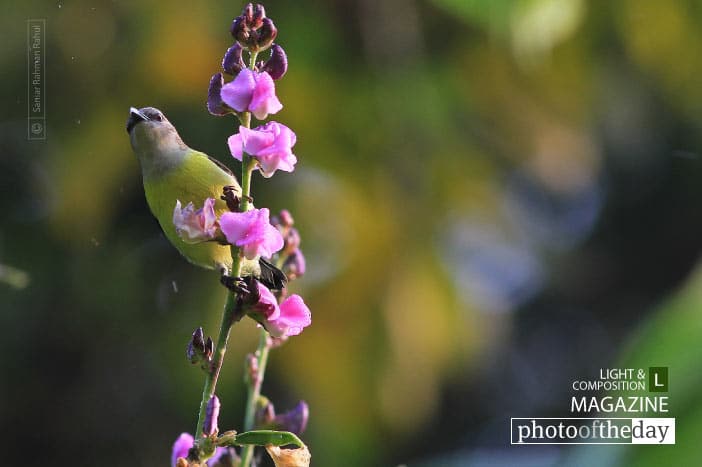 Where the Blue and Green Get Mixed with Each Other, by Tanmoy Saha

Kingfisher on the Perch, by Nirupam Roy

The Birds, by Adam Foster