Taken at Char Alexander, Lakshmipur, I found these Kingfishers as if they were arguing. These very common birds are a group of small to medium-sized, brightly colored, in the order Coraciiformes. They are territorial, and some of the species defending their territories vigorously. They have large heads, long, sharp, pointed bills, short legs, and stubby tails. 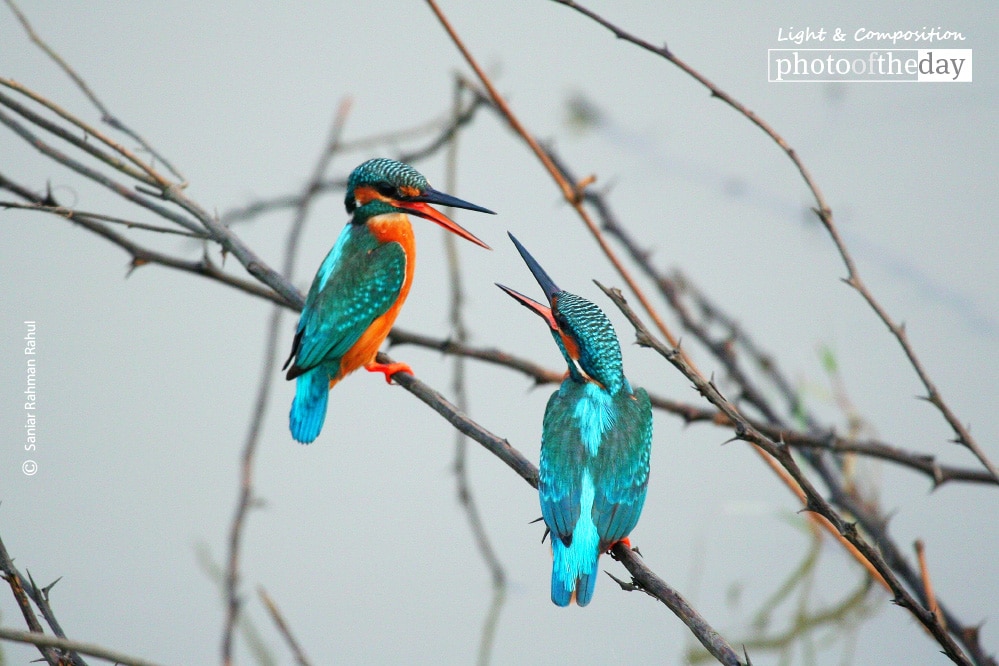 Voyage Through Nature, by Shahnaz Parvin

Making an Exit, by Claudio Bacinello
Scroll to top wpDiscuz