Taken at Sundarbans, a vast forest in the coastal region of the Bay of Bengal, this White-bellied sea eagle is a large diurnal bird of prey in the family Accipitridae. Resident from India and Sri Lanka through Southeast Asia to Australia on coasts and major waterways, the white-bellied sea eagle breeds and hunts near water, and fish form around half of its diet. 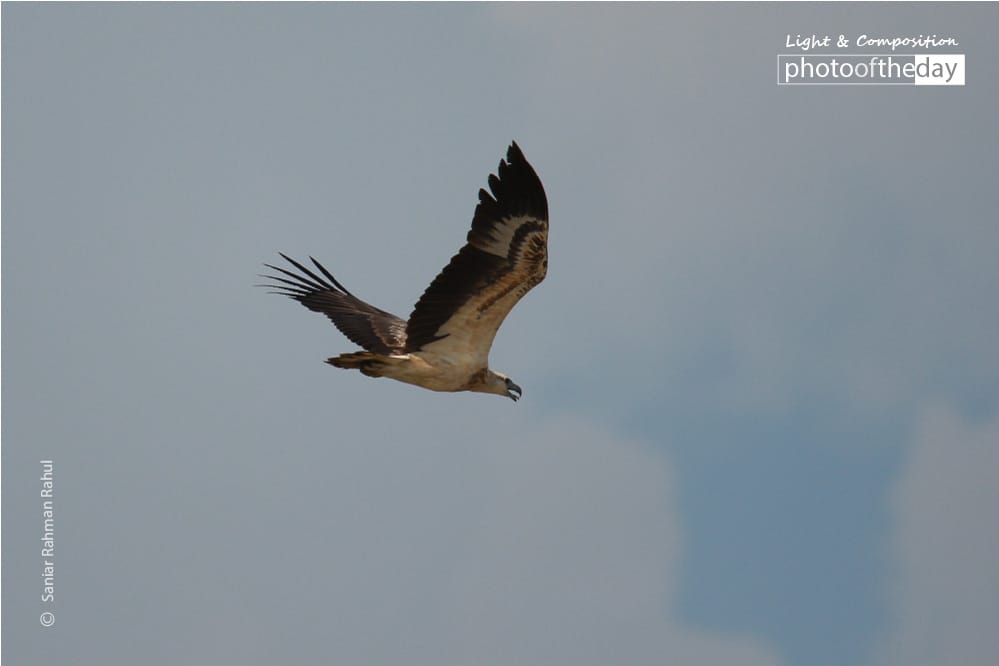 A Journey by Boat, by Shariful Alam

Fishing for Salmon, by Claudio Bacinello

Out of Africa, by Orhan Aksel