This photo was taken at the middle of a political uprising in Shahbag, Bangladesh. The Shahbag movement is summed up by the stern face of this youth dressed as a cuban revolutionary while being shadowed by the revolutionaries that preceded him. The intermixing of ideology from socialism to democracy suggests a globalized world has truly taken hold in the heart of a nation no older than the term globalization. 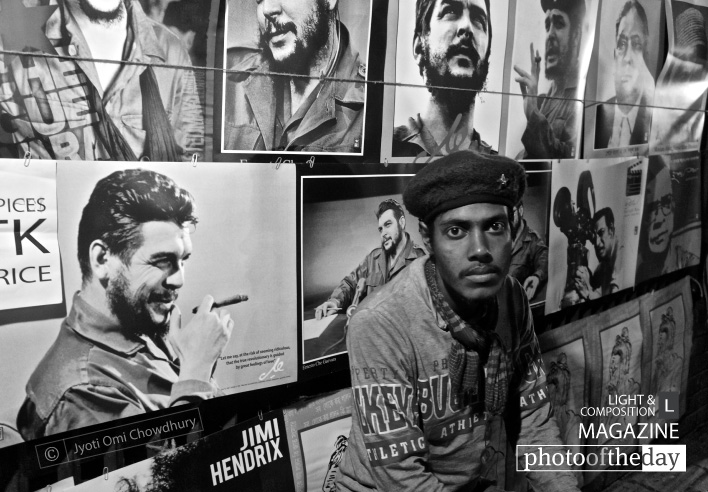