33 Hats & a Rucksack was taken on the Namib coast near Swakopmund where the oldest desert in the world flows straight into the crashing surf of the South Atlantic ocean. It depicts one of the local vendors as he traverses this bleak stretch of wilderness trying to sell his wares. 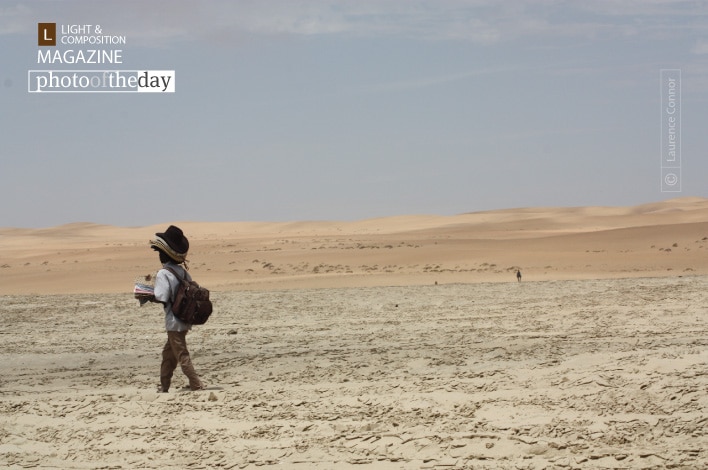