Taken at Satchari National Park, Habiganj District, Bangladesh, these blossom-headed parakeet are parrots, which are residents breeder of Bangladesh, northeast India, and eastwards into Southeast Asia. They are green, 30 cm long with a tail up to 18 cm. The male’s head is pink becoming pale blue on the back of the crown, nape and cheeks. There is a narrow black neck collar and a black chin stripe. 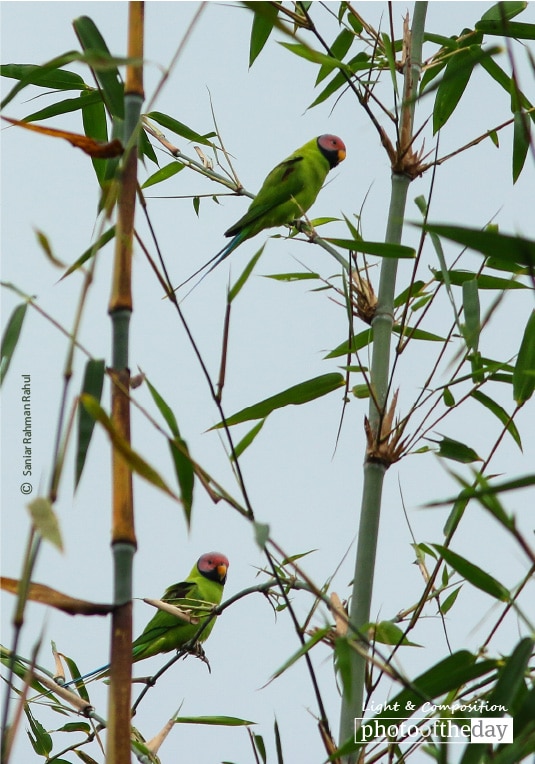 Birds on the Lake by Zahra Vatan Parast