I was in Osaka, Japan with the mission to photograph Namba crossroads. I woke up early every morning and stood at the crossroads waiting for subjects. The day dawned beautifully with great light dividing the crossroads into half. Above the crossroads was a high way that provided the perfect shadow. I was quite happy to stand for an hour or so because the sun disappeared behind the clouds. 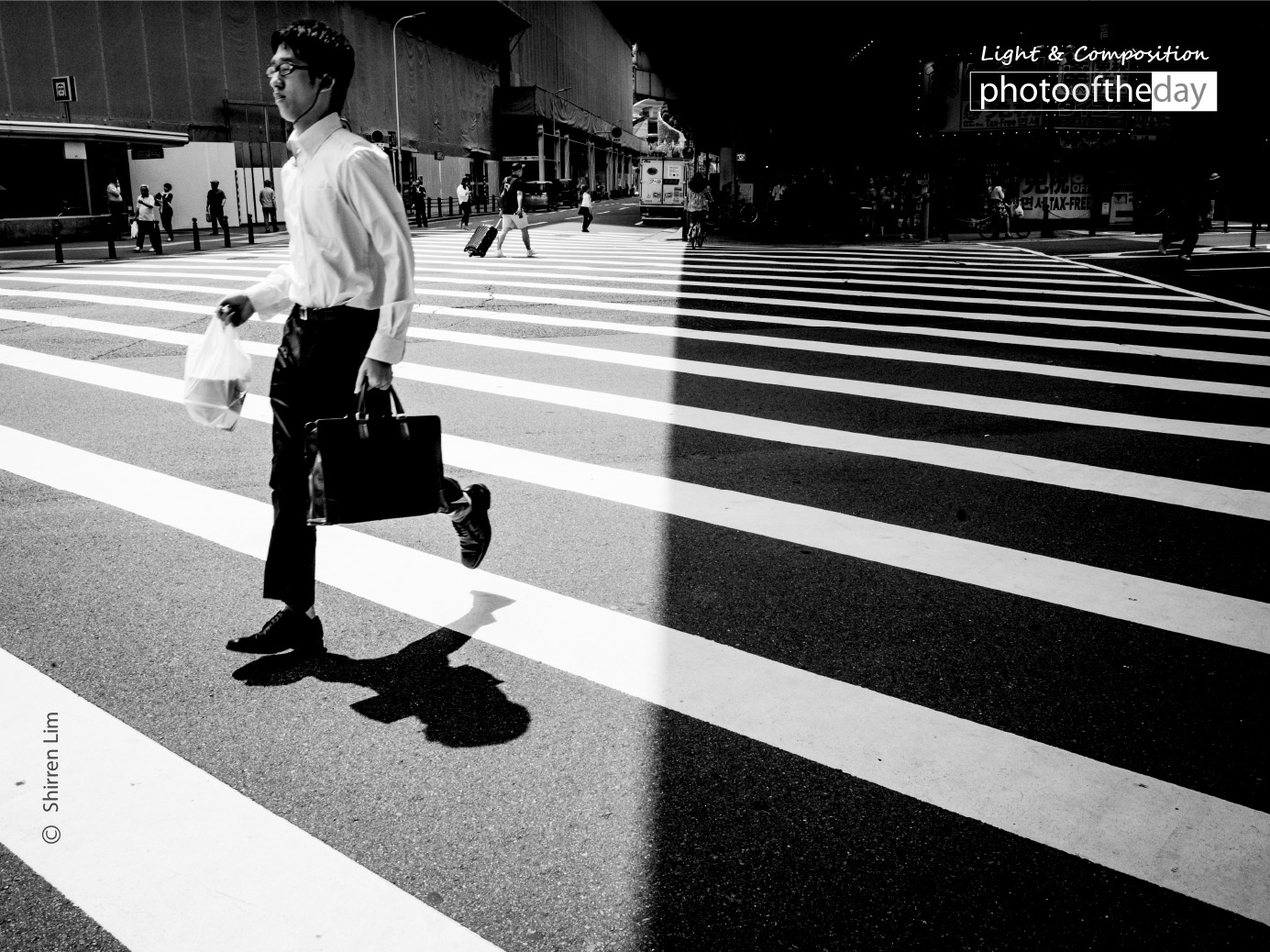 Light in the Tunnel by Rafal Ostapiuk

The Church Keeper, by Rasha Rashad
Scroll to top wpDiscuz