It was quite late at night that I was too eager to expose unfinished roll film negative (Kodak Tri-X 400). So I came up with this random idea. I took the coffee beans that I got from Starbucks Coffee earlier in the week, a small cup, a piece of plain white paper, a torchlight (white light), a metal bar (for holding the torchlight) and a roll (boxed) of unexposed negative Kodak Tri-X 400. 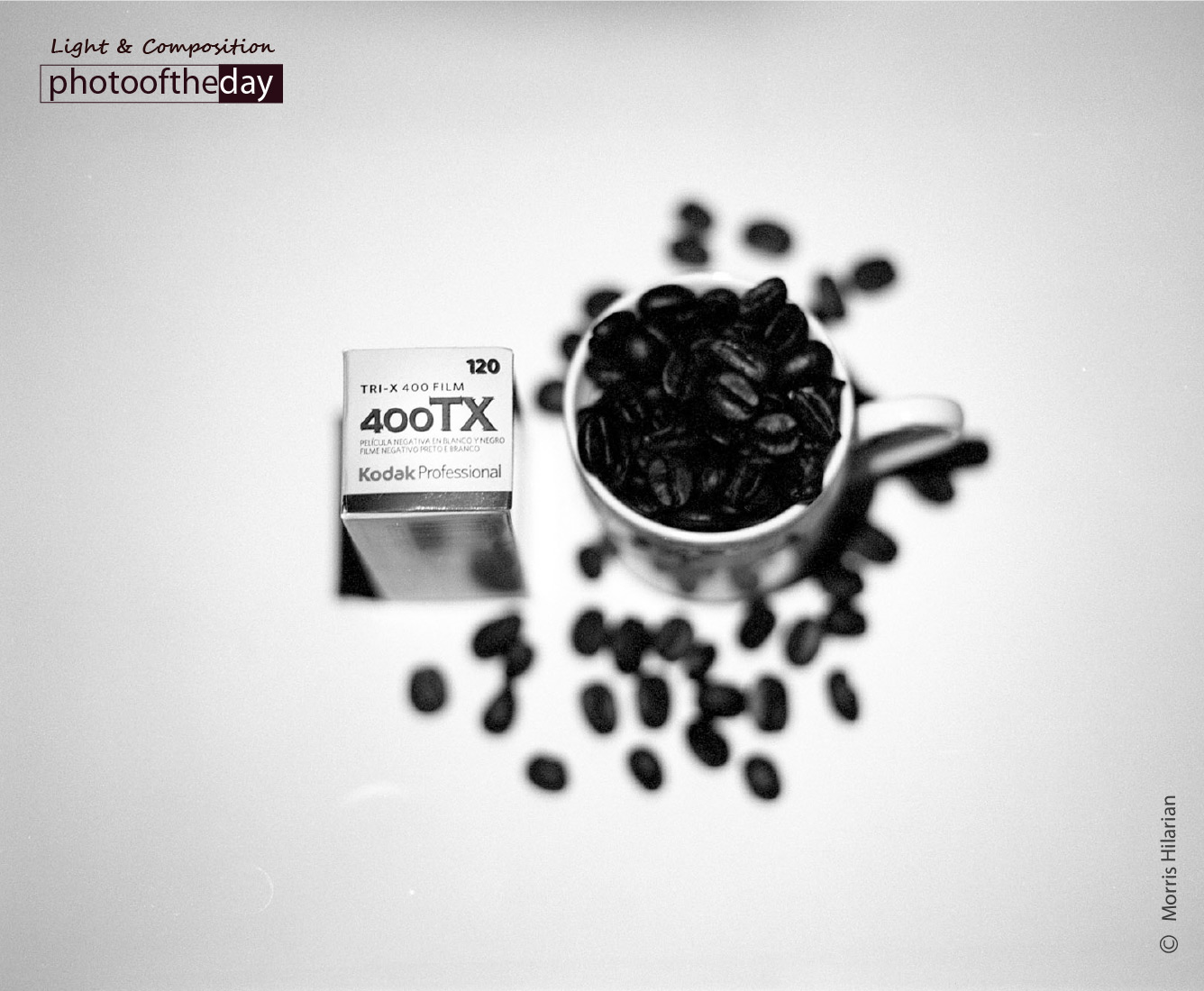 Photographer: Morris Hilarian( Kota Kinabalu, Malaysia) Registered
“Born in North Borneo, Sabah, Malaysia in November 1987, Morris Hilarian grew up in an average family. He furthered his studies in 2006 in Bachelor of Science, majoring in Biochemistry in University of Malaya, Kuala Lumpur. Later, he graduated in 2009, and joined in government service as a Scientific Officer (Biochemist) in Department of Pathology. He just started photography as a hobby in 2010 with some plastic cameras, and later got serious in Analog Photography and decided to get himself a decent 35mm SLR. His first SLR was Nikon FM2n (that he is still using until today). As he gained more experience in photography, he decided to upgrade himself with medium format camera. So, he got himself a decent Mamiya RB67 Pro S (6×7 format). These 2 gears have been treating him well and these are all what he got now. He started developing his own B&W negatives back in end of the year 2010. He started off with DIY home made developer which was Caffenol-C (a mix of coffee crystals, sodium carbonate and traces of vitamin C). One can easily get details about it online. He later got serious (again) and bought himself his very first commercial developer Kodak HC-110, of which he is still using until today. In a month or soon, he will get himself a darkroom enlarger as he would take this hobby more seriously and want to do darkroom printing.
His experience in photography is still limited but he does explore new things and experience. Most of the time he goes out shooting during weekends with his friends and sometimes he does it all alone. Morris believes practice makes perfect and that experience will never can be bought.”

Gone with the Wind

Beyond the Elegant Architecture, by Zain Abdullah

Subscribe Now
Clouds on the Sea, by Ng You Way

Tribal Women in a Carnival, by Amey Kant
Scroll to top wpDiscuz