This photo was taken when I was visiting Copenhagen, Denmark, in 2015. We were on our way out from the hotel exploring the neighboring when this man shuffled towards us. I quickly took out my camera and decided to take a photo of him. I thought the way he looked was quite unique. 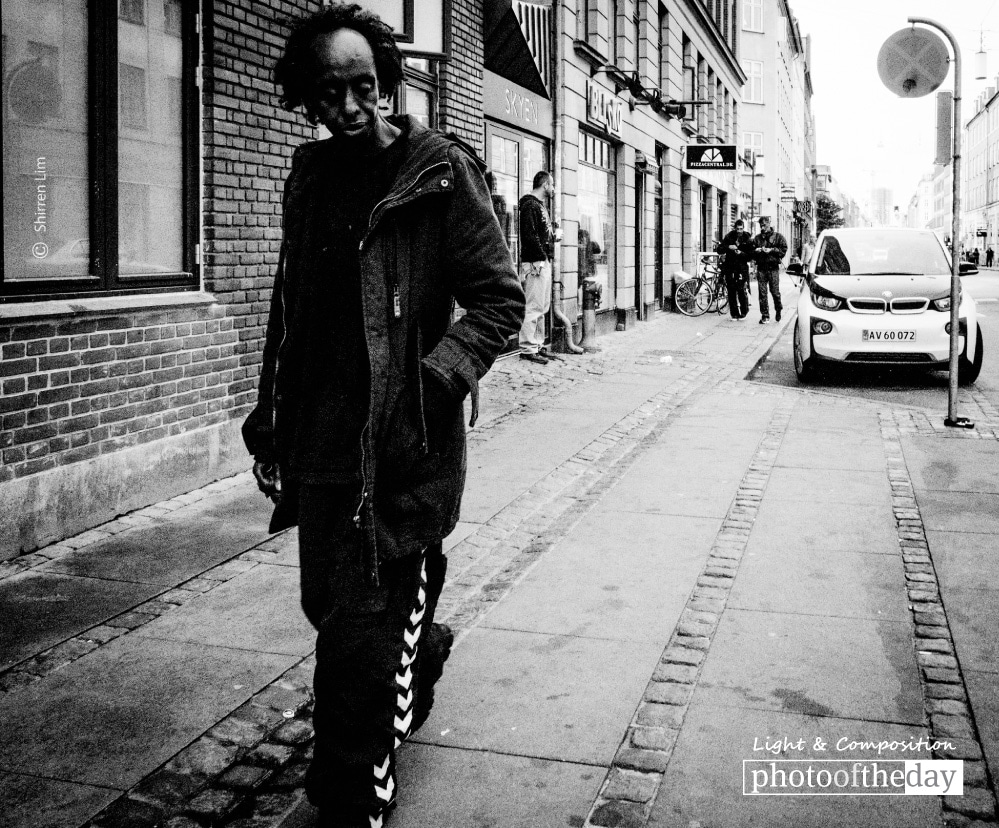 Shades of Grey by Kirsten Bruening

The View, by Thomas Lianos

A Different World, by Jana Z

A Slum Boy in India, by Kristian Bertel
Scroll to top wpDiscuz