It was a gorgeous day to take pictures, during a spectacular air show. The Blue Angels is the United States Navy’s flight demonstration squadron. It is the second oldest formal flying aerobatic team in the world. Taken on Wings Over Houston Airshow, one of the top five airshows in the US. 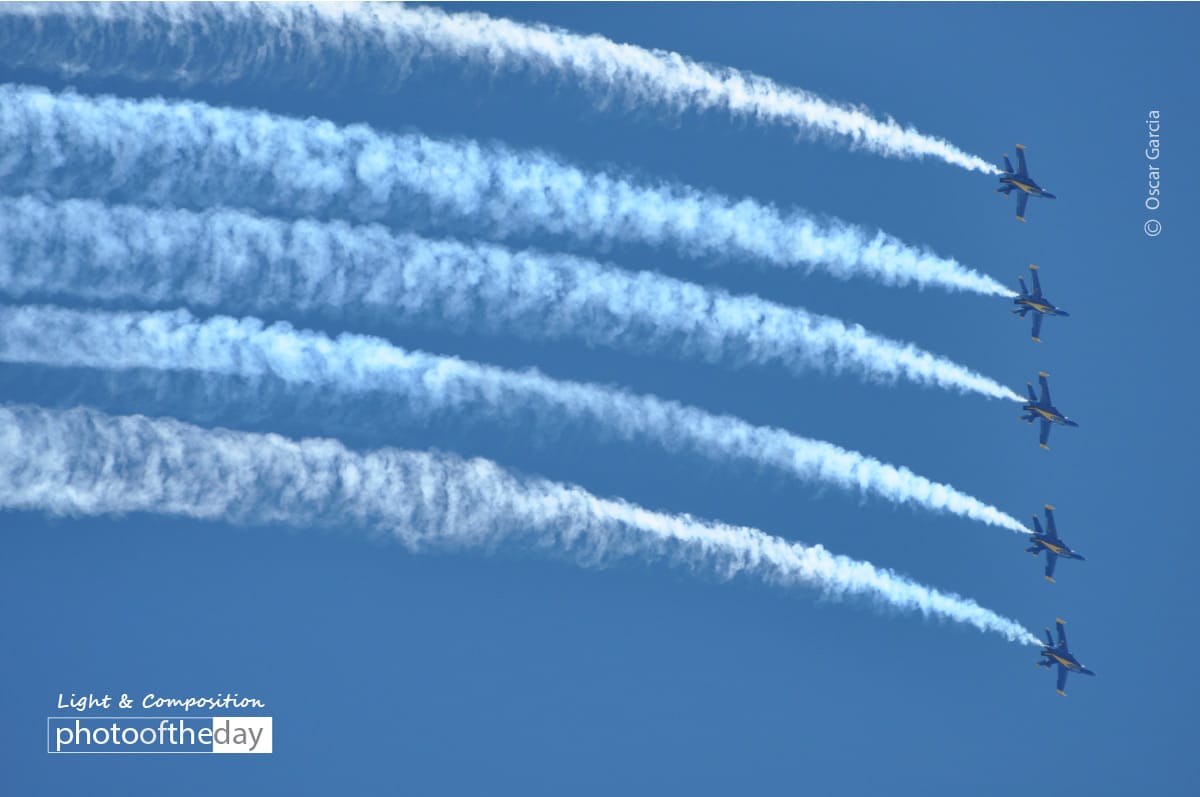 Great photo from a GREAT PERSON / PHOTOGRAPHER this shot is perfect in every way, timing and clarity. It is great that his photos are shared for all to view.
Thanks You Mr. Oscar

Thank you for your kind comments!

Great picture, great timing, and being in the right place at the right moment. Good for us who share Oscar’s work

Last of the Mountain Gorillas, by Dimitrios Zavos
Scroll to top wpDiscuz