Breed in Africa, central and southern Europe, and southern and eastern Asia, the purple heron is a wide-ranging species of wading bird in the heron family of Ardeidae. They are colonial breeders and build a bulky nest out of dead reeds or sticks close to the water edge, mostly among reeds or in dense vegetation. While visiting Muhuri Dam back in December, 2008, I spotted and photographed this purple heron, which was about to take off. 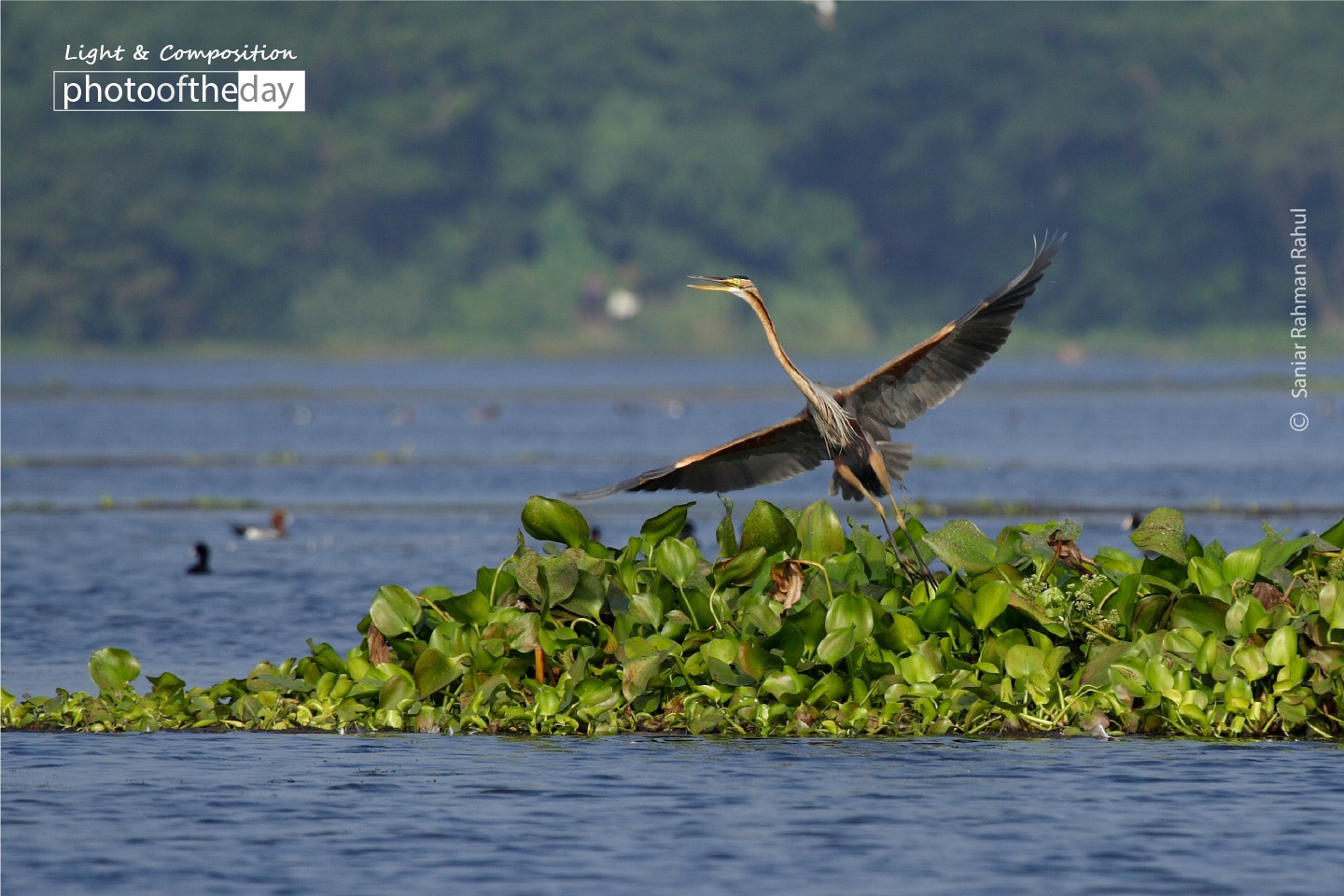