There are about 6,00,000 Bihari people in Bangladesh and 68 camps. The Mohammadpur refugee camp is one of the largest, where most of the Bihari Muslim refugees live. Geneva camp is one of them. Bihari people are in the museum of exploitation since 1971. The condition of dwelling was unhygienic due to dirt, inadequate sources of drinking water and poor sanitary system, which caused contagious and water borne diseases. Acute identity crisis is till now the root of their vulnerable situation, which has distinguished them from other slum dwellers. They could hardly manage jobs for themselves that reflected their economic insecurity and food insecurity as well. 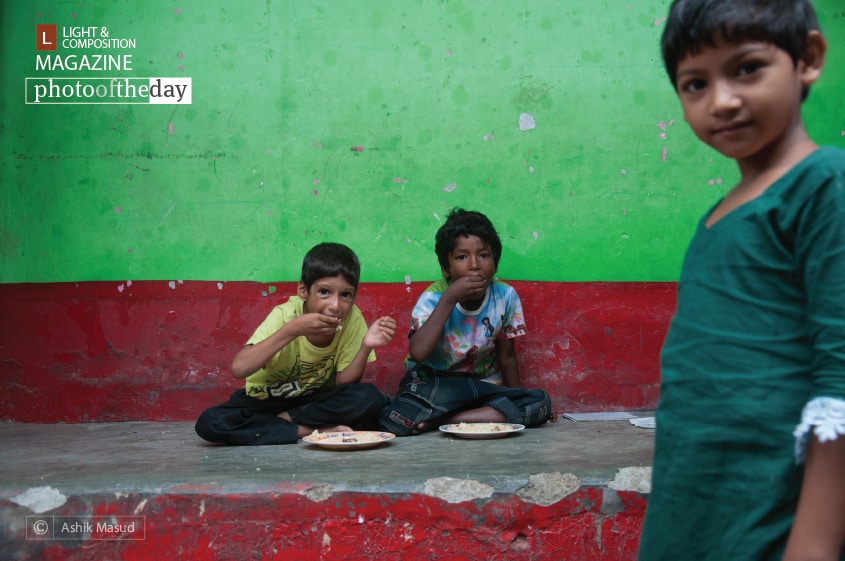 The “Kula” Artist by Shovan Acharyya

Where the Blue and Green Get Mixed with Each Other, by Tanmoy Saha