I came across this lady at a novice buddhist inauguration somewhere between Bagan and Mt Popa, Myanmar. She had a toothy grin and I managed to take a snap of her while she was laughing and talking to her friends. I tried different angles. I like this the best. After the ceremony she waved goodbye to me and walked back to her home. 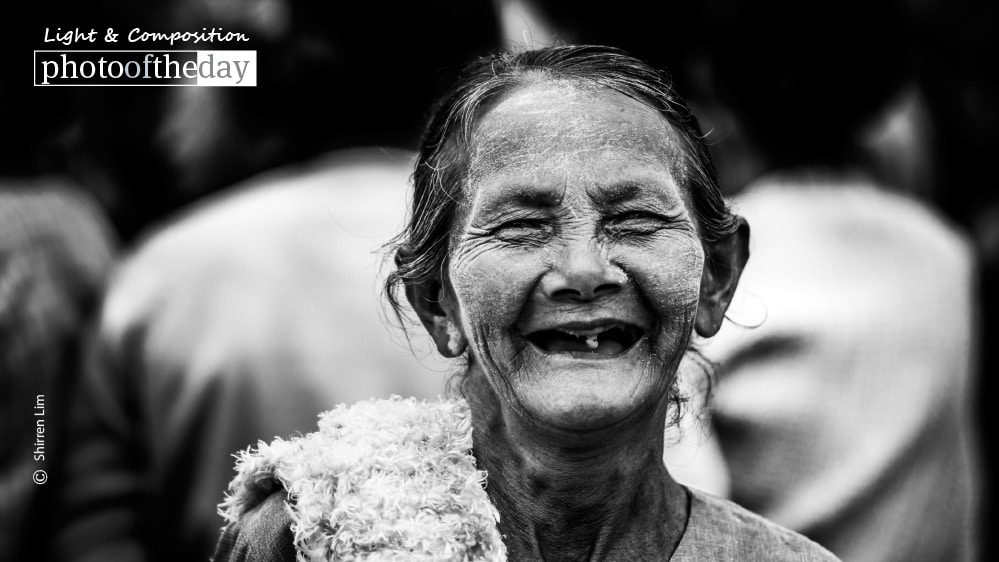 On the Swing, by Ryszard Wierzbicki

Who Is He?, by Ryszard Wierzbicki

(c) Light & Composition Universityt Studying on Her Own by Sherzad Rostamdost

What an amazing portrait.