Taken at Kaptai National Park, in the district of Rangamati, Bangladesh, both the Lineated Barbet and the squirrel are very common there, especially along the southern foothills of the Himalayas and in parts of Bangladesh and West Bengal. If you notice closely, like any other barbets, it nests inside holes bored into tree trunks. 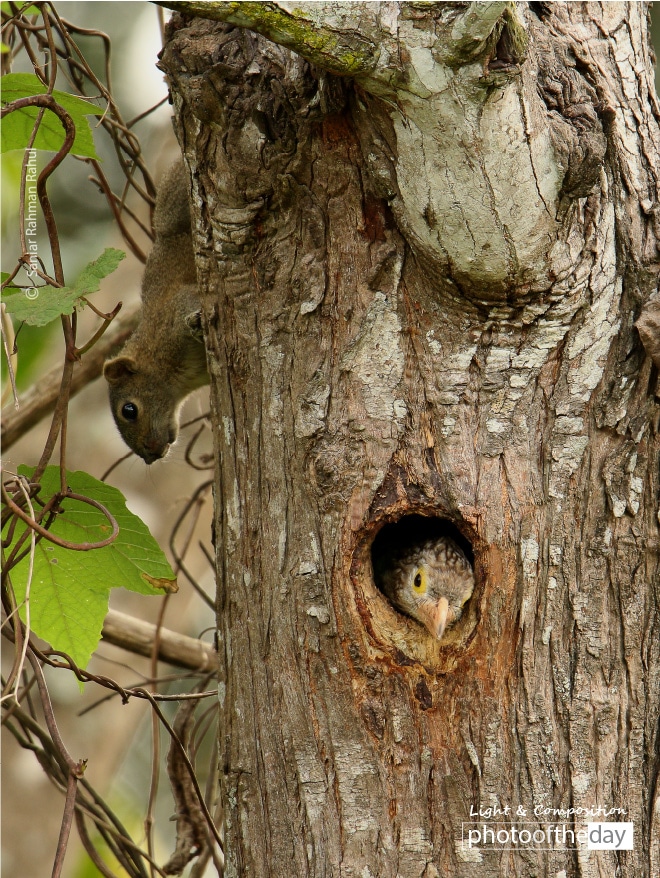 Beauty of Butterfly, by Tanmoy Saha

Eager for Action, by Ajit Chouhan