This is one of my earliest photograph taken way back in 2007. At this point, I was in Cape Town for work and had some time off to wander the streets of the city. I spotted this lady by the grilled door and took a picture of her framed like this. 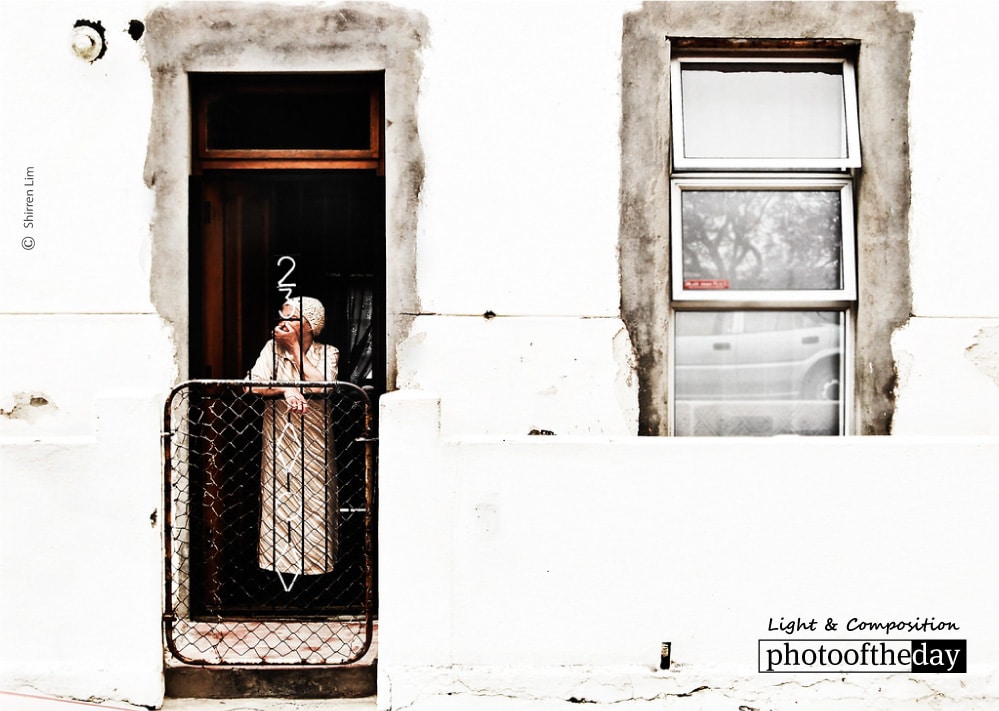 Dog on Top of Stairs, by Thomas Lianos

Playtime at the Market by Jim Alonzo