Even though I visited it before, I love Tokyo. I love the city ward of Shinjuku with its many large entertainment and shopping area. I spend many of my days walking up and down Shinjuku, photographing its many beautiful and busy crossroads. I preset my camera at f/9 with a shutter speed of 1/250 in order to still the motion of this fast moving vehicle. I love how the black and white taxi blends perfected to the black and white stripes on the road. 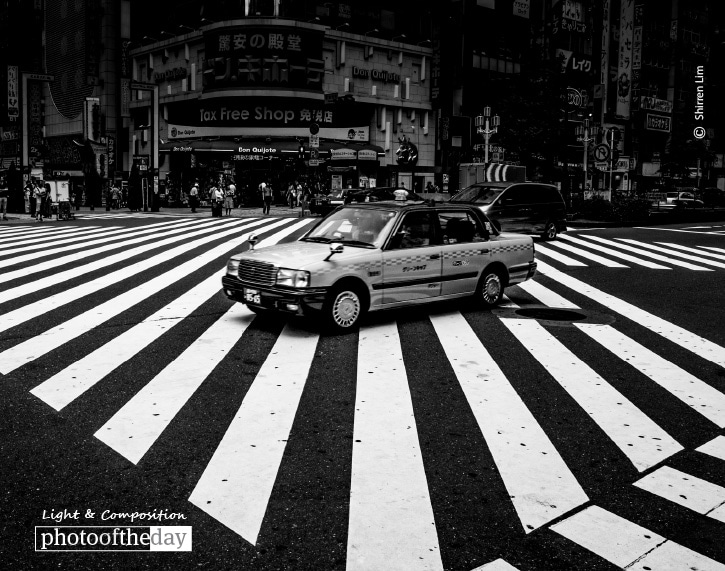 Requiem of A Journey

A Walk in the Clouds, by Nirmal Harindran

Out of Context, by Fernando Rodríguez

Birds, Sea, and the Fiery Sky, by Arindam Guptaray
Scroll to top wpDiscuz