It was a hot summer the year we decided to visit Paris. We spent our first day in beautiful Paris visiting the Louvre. Adults, families, and kids were enjoying the balmy hot summer day. I spotted these 2 children enjoying their day, dipping their toes in the fountain. I thought the black hair girl juxtaposed quite nicely with the golden blonde hue of her companion. 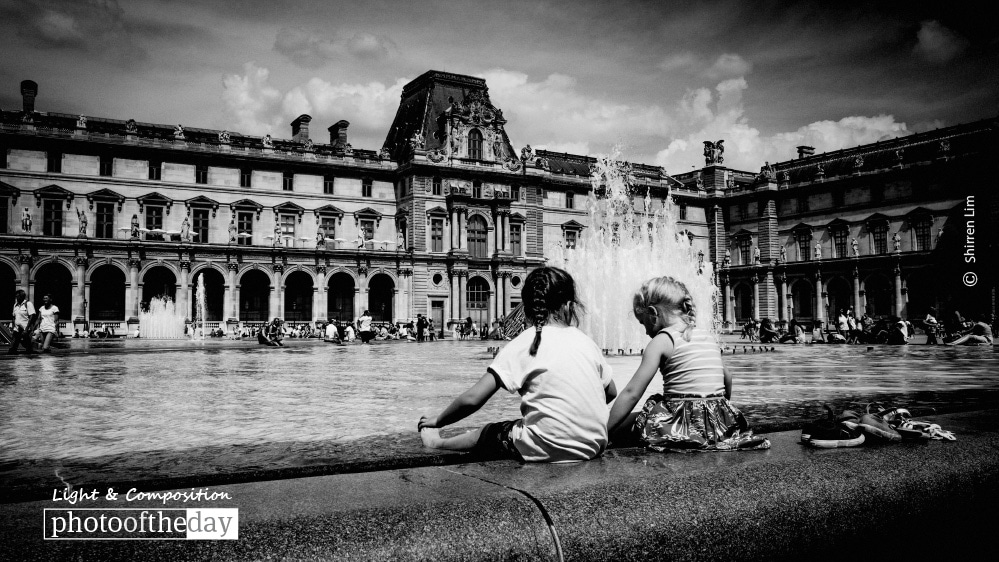 Wall and the Walk, by Mohamed Rafi