Although there is a ‘1955’ on this arch, the wordings on it are not the originals. Since the closure of former Nanyang University in 1980, the arch was once being put up for demolish. However, there was no bid as no firm wished to be remembered in history as the culprit who destroyed the arch. So the name was changed. In 1986 it became a nameless arch. In 2000 the cloned version of the labels were put on the arch. But it is not accurate as the size of the year is now bigger and the name is smaller. About two-thirds of the footings have been buried in soil, makes the arch looks shorter. 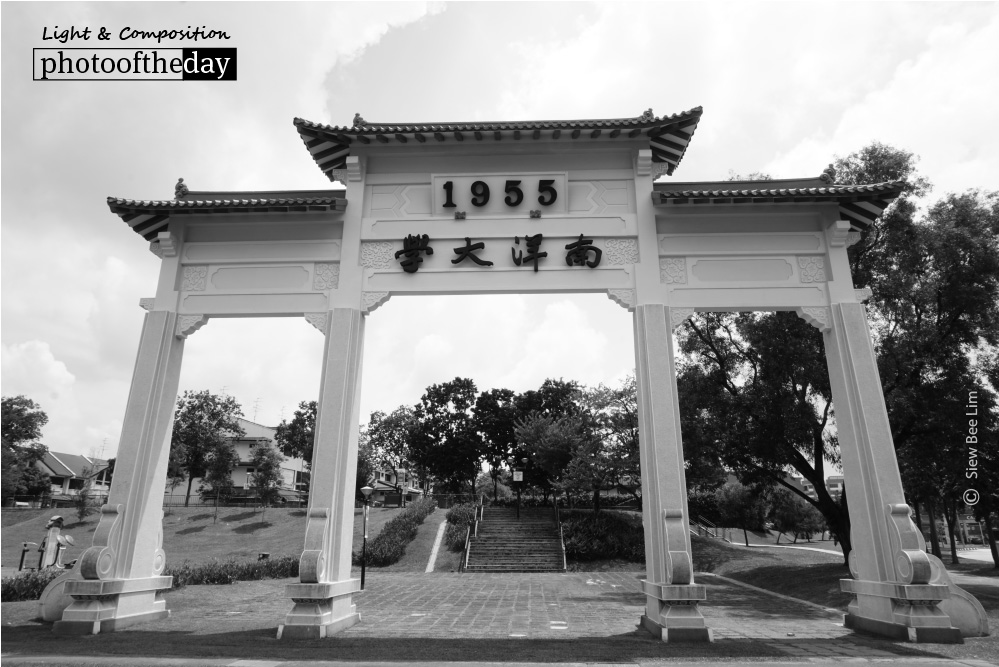 Photographer: Siew Bee Lim (Singapore) Registered
Born in 1965 in Singapore, photography was one of the old hobbies of Siew Bee Lim. Now she would like to learn it formally via Light & Composition platform as she believes it’s not too late.

Our Shadows Belong to Us, by Mohammad Saiful Islam

Taking Off, by Jabbar Jamil
Scroll to top wpDiscuz