My good friend Jamison, a graphic designer, was meeting me for lunch to show me some new work. As we were walking to a restaurant, we stopped at a crosswalk and I made this image of him carrying his folder of photographs. 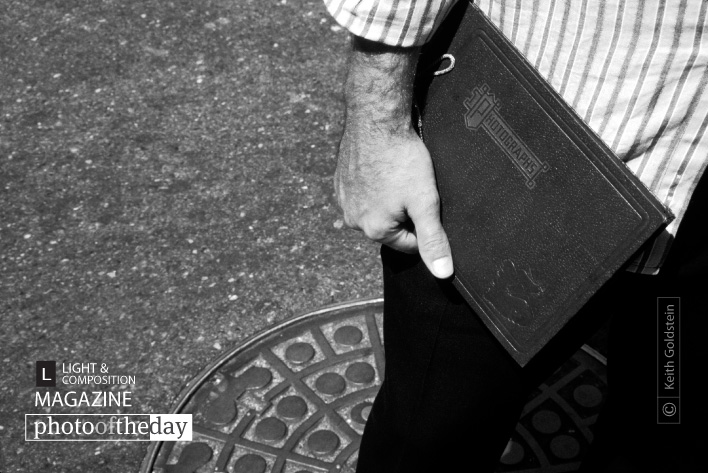