Taken at Punakha, Bhutan, the Black Bulbul is a member of the bulbul family of passerine birds. The legs and bill are always rich orange-red. They are less common in my country Bangladesh, but sometimes we find them here in the hill tracks areas during winter. 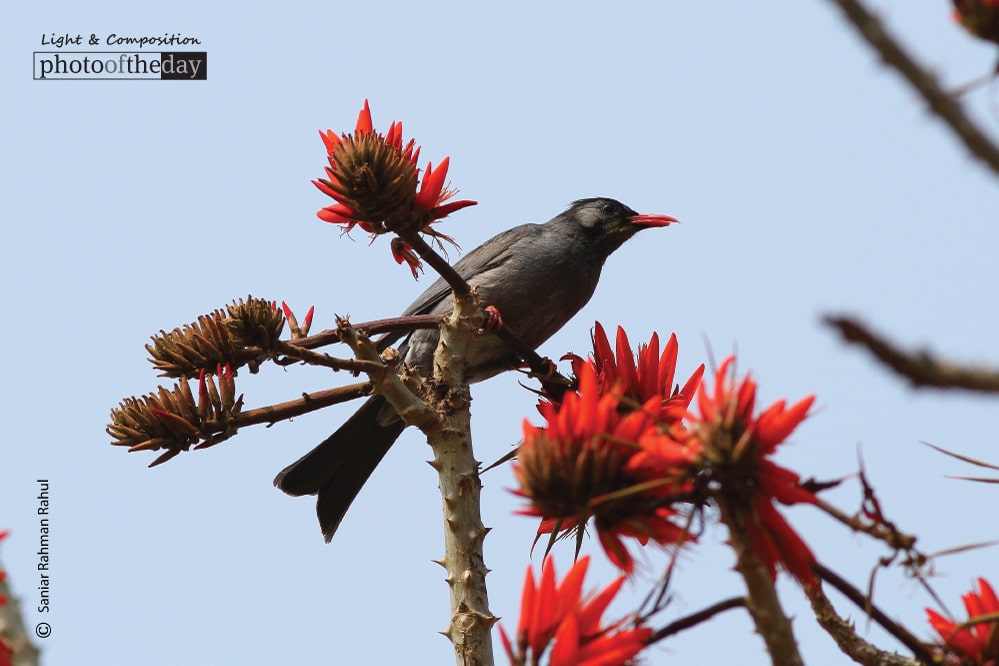 Is It Safe To Come Out?, by Tisha Clinkenbeard