The gadwall is a common and widespread dabbling duck in the family Anatidae. They are 46–56 cm long with a 78–90 cm wingspan. While visiting Muhuri Dam, I saw these birds flying in pair, and didn’t miss the opportunity to photograph them. 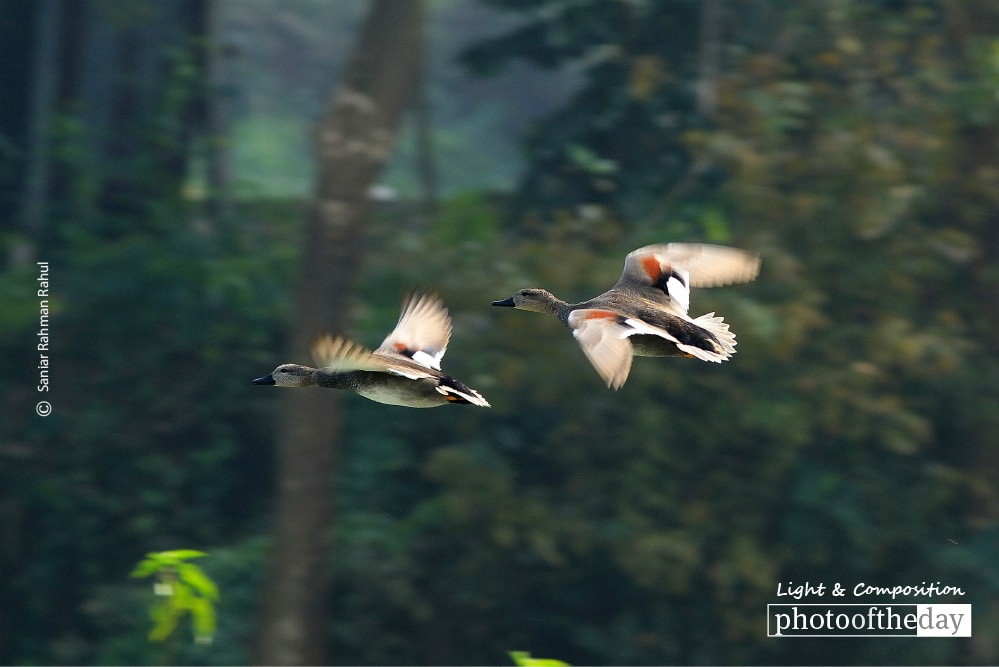