Taken in Baikka Bill, Sreemangal, one of the less known bird sanctuary, these Black-tailed Godwit are winter visitor birds. They are large, long-legged, long-billed shorebird. It spend winter in areas as diverse as the Indian Subcontinent, Australia, western Europe and west Africa. 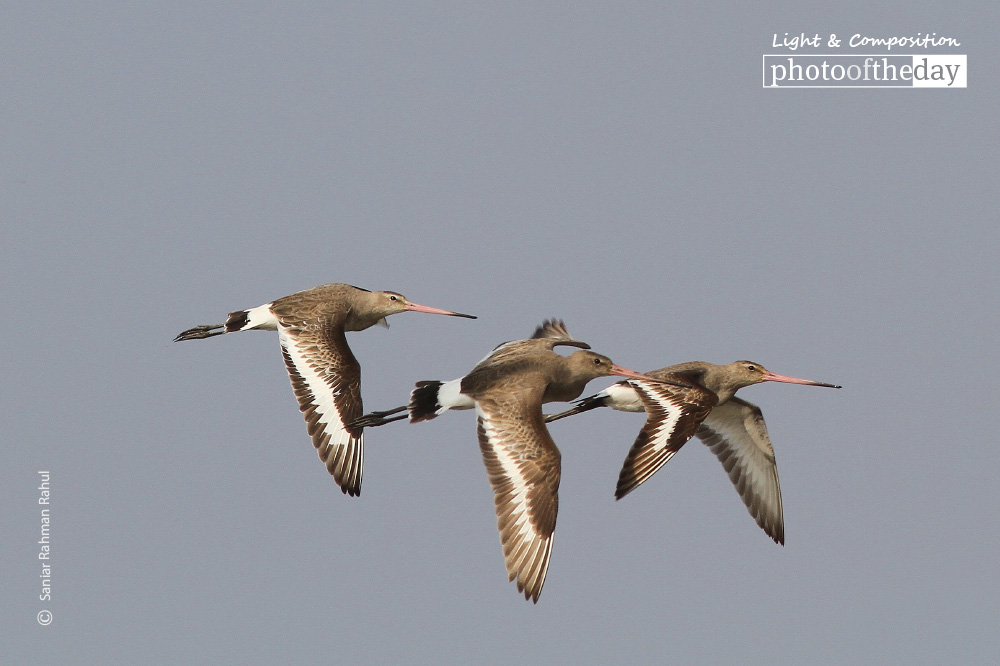 The Blue-winged Bee, by Shahnaz Parvin

A Morning with Solidity, by Nazmul Shanji