Zion National Park is one of the most beautiful parks in the US. We have visited it in October, 2012 during three weeks’ vacation, when travelled in the western part of the country. Zion NP in located in Utah. This image was taken near “Court of Patriarchs” mountain range, which is located at the 4th stop of shuttle bus. Majority of pictures of this place is taken by tourists from the view point, where you can climb 100 meters up from the bus stop. But for me this view was a bit boring. However, to make composition more dynamic, I decided to go to lower point, crossing the road and walked away, through the sand line until finding good view and shooting towards top of the mountains. The weather was great, with high contrast blue sky (I used UV fliter), which looked nice after b/w conversion too. 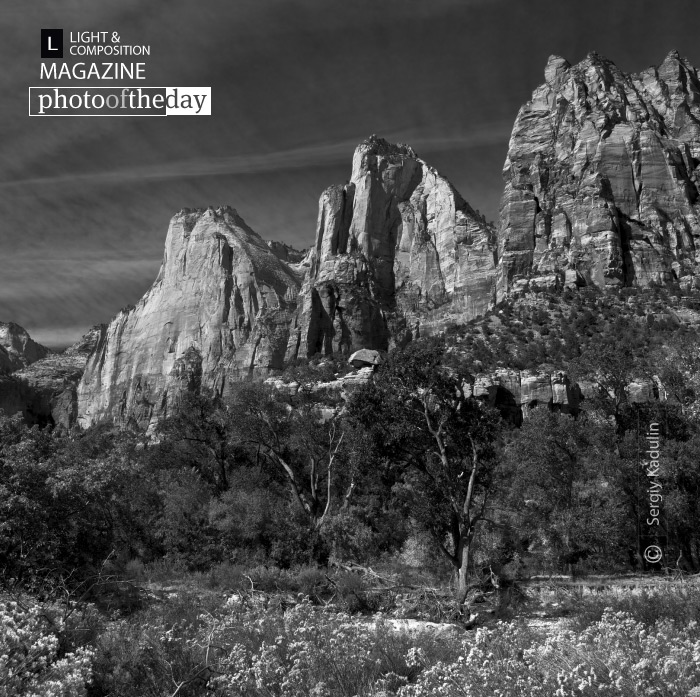 The Struthious Syndrome, by Siddhant Chauhan

A Blessing at the North Park by Jose Juniel Rivera-Negron

Fun Sledding in the Snow, by Tisha Clinkenbeard

Out in a Break by Jose Juniel Rivera-Negron