The day was hot and breezy when we visited the Mindat Monastery. I remember my first impression of the monastery was that it was huge and empty. Empty because almost all of the monks living there were doing their studies or chores. Later I saw a group of them chopping wood in preparation for winter. This monk was one of them. 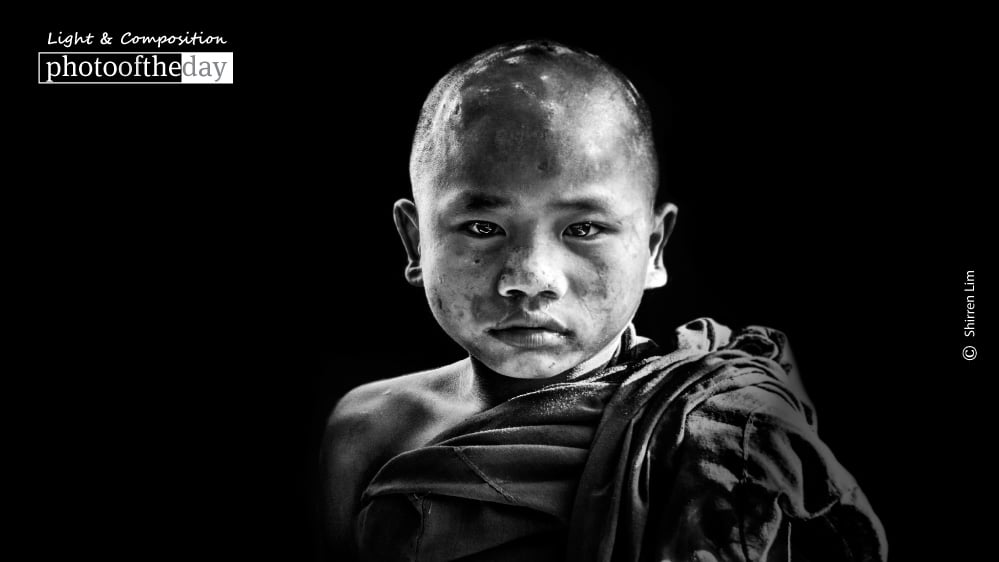 The Girl with a Red Rose, by Shahnaz Parvin