Taken at Jigme Dorji National Park, Bhutan, this Mrs. Gould’s Sunbird is a species of bird in the Nectariniidae family and natural habitat of temperate forests and subtropical or tropical moist montane forests. The Irish ornithologist Nicholas Vigors named the bird after the wife of the artist John Gould. It is found in Bangladesh, Bhutan, China, Hong Kong, India, Laos, Myanmar, Nepal, Thailand, and Vietnam. 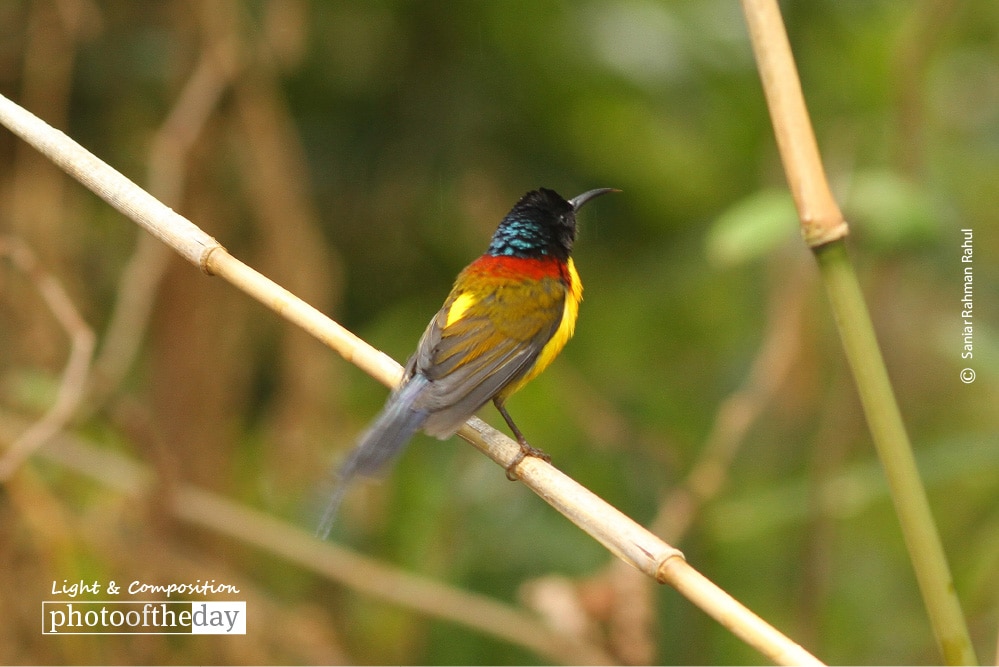 The Poser, by Anish Kharkar
Subscribe
Login
0 Comments
Inline Feedbacks
View all comments
The Other Novice Monk, by Shirren Lim