A hungry street child draped in flags and patriotism stares boldly at the future. Despite the indomitable power of the human spirit and the strength it provides, his physical hunger suggests we are only human. 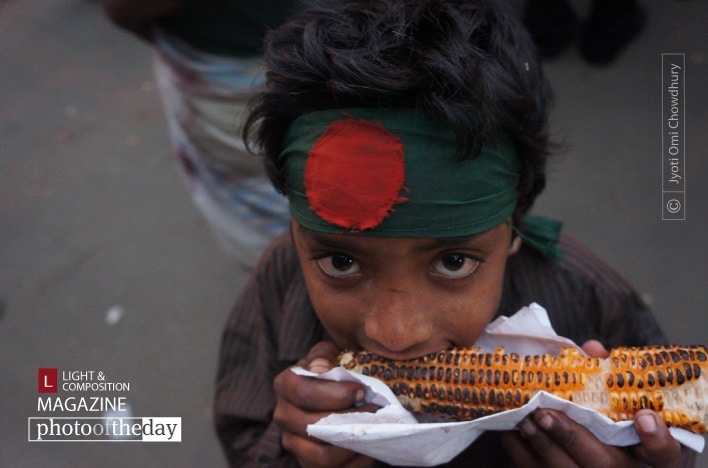 A Laotian Student, by Ryszard Wierzbicki

Childhood in a Magical City, by Arif Sayeed