This photo was taken when I was exploring Bhutan during the Trongsa Festival in December 2012. Everybody was engrossed watching the festival. I looked around and started photographing the audience instead. This boy caught my eye as his expression was so doleful amidst the gaiety of the festival. 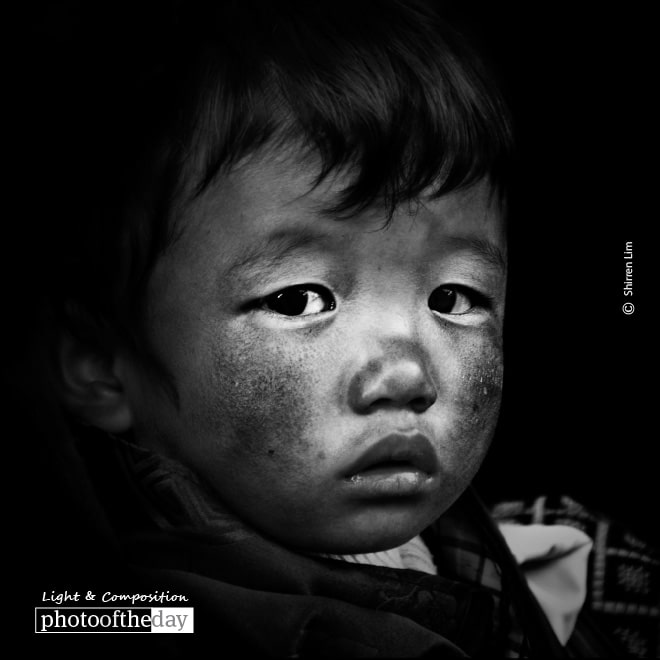 Eyes Are a Reflection of Character by Aleksey Kogan

Subscribe Now
Balancing on the Wall, by Ryszard Wierzbicki