This is one of my favorite images from our Mongolian trip and was taken after our horse sleighing ride at Lake Khuvsgul. We had few moments when we talked to the riders and admired the horses before we left the lake. I love the way the snow frosted over the horse’s eyelashes and the reflections seen in them. 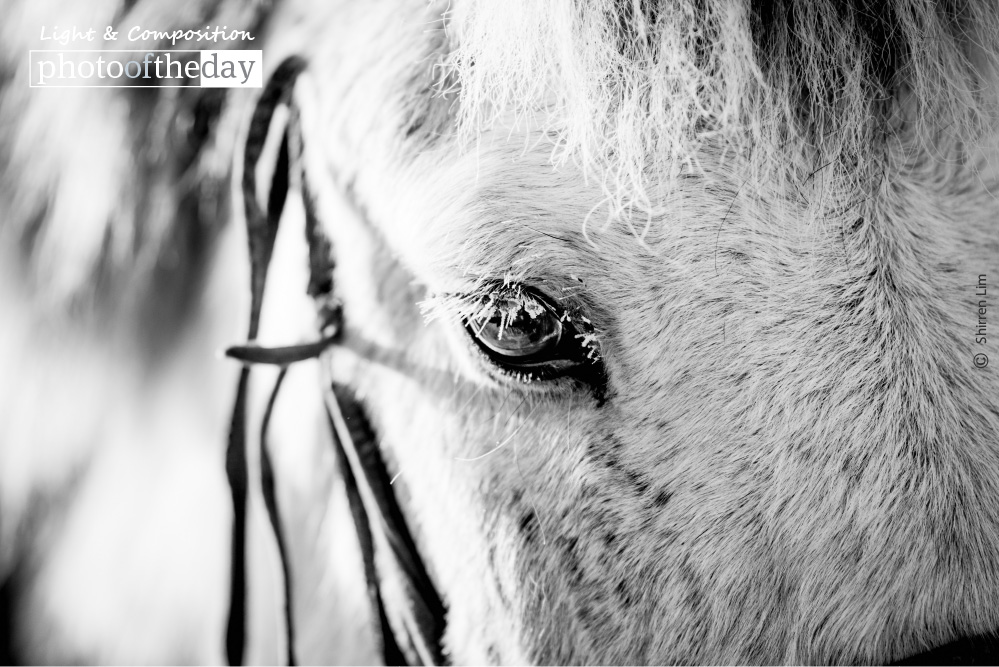 Into The Orange Sea, by Tamal Debnath

Standing on a Bridge by Fidan Nazim Qizi

Subscribe Now
Hornets in My Garden, by Lothar Seifert