The New Mosque (Yeni Camii) is an Ottoman imperial mosque located at Eminönü in Istanbul, Turkey. It is on the southern end of the Galata Bridge. It is one of the best-known mosques of Istanbul. The construction of the mosque first began in 1597. The mosque was finally finished in 1663, and inaugurated in 1665. The mosque has sixty-six domes and semi domes, and two minarets. The main dome measures thirty-six meters in height, and is supported by four semi-domes. The New Mosque is becoming one of the widely-known mosques around the world. 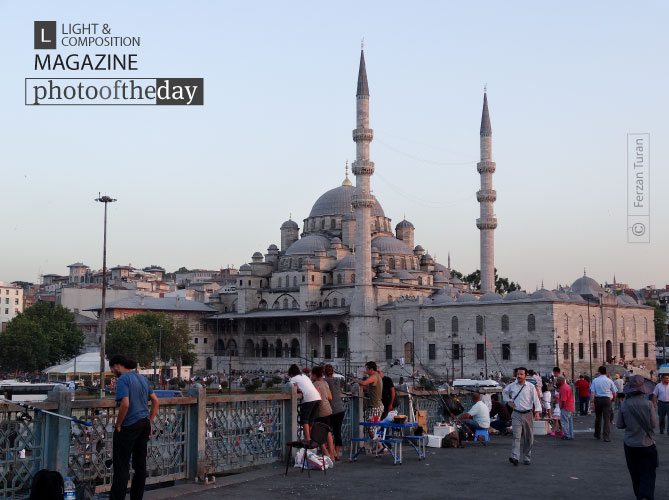 Photographer: Ferzan Turan (Tampa, Florida, USA) Registered
Ferzan Turan was born and raised in Yalova, Turkey. She is currently living in Tampa, Florida and attending University of South Florida, to become a marketing major. She loves capturing amazing views of things. Currently working for a car dealership, marketing cars which involves her taking pictures of cars and advertising them on various websites. She is passionate about cars and so she loves her job. She hopes to continue her life and build a future that involves cars and of course, her camera. Istanbul is one of her favorite places in the world; she got the chance to capture many amazing photos the summer of 2012, when she went to visit her family and friends in the most amazing, Turkey, her home country.

A Newfound Village, by Shikchit Khanal

This is a very beautiful mosque to see inside. Strongly recommend a visit

A Sea of Grass, by Sébastien Beun
Scroll to top wpDiscuz