A rare thunderstorm hit Cape Town and as the sun set over the Atlantic Ocean the Twelve Apostles, as this side of the Peninsula is known, reflected the soft light. The road runs all the way along the mountain side and has some excellent viewpoints. It is called the Twelve Apostles as there are twelve peaks between Table Mountain and Hout Bay. 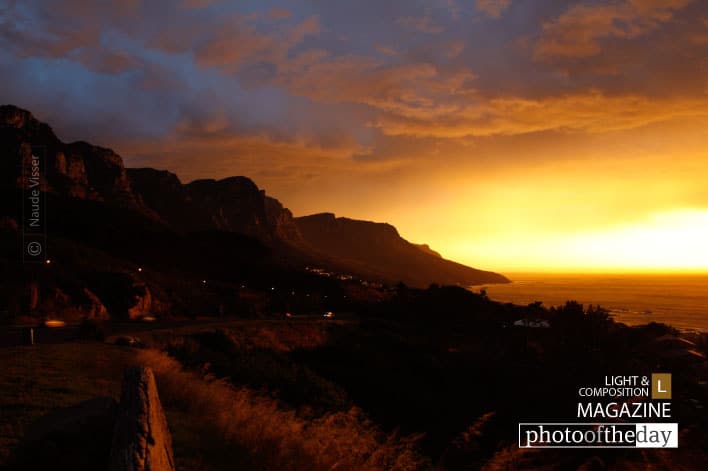 Winds of Change, by Sanjoy Sengupta

Touching the Sun, by Vaibhav Choudhary

Sunrise on the Beach, by Marina Hof