A picturesque moment of Monument Valley, Arizona-Utah Border with cloudscapes in the background. I wanted to capture the depth, and used circular polarizer on a 20mm f/2.8 lens, set at ISO 200. 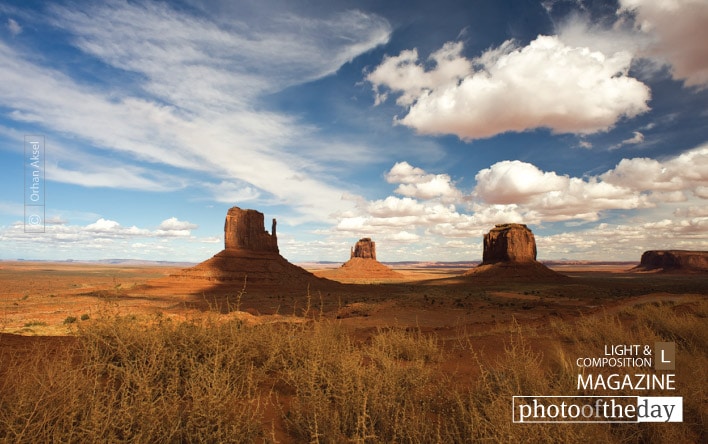 Hoping for Snow, by Vincent Llora