Klyuchevskoy volcano eruption during starry night in Kamchatka, Russia. On its right is the non-active Kamen volcano. This photograph was taken in September, 2013. 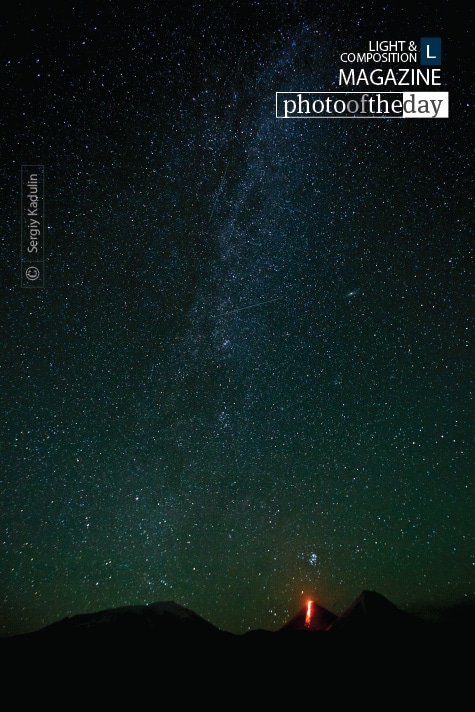