The Plain Tiger or African Monarch, is a common butterfly of Indian Subcontinent. It flies from dawn to dusk, frequenting gardens, sipping from flowers and, late in the day, fluttering low over bushes to find a resting place for the night. This photograph was taken back in 2009, on my trip to Hakaluki Haor, a marsh wetland ecological system of Eastern Bangladesh, bordering Assam, India. 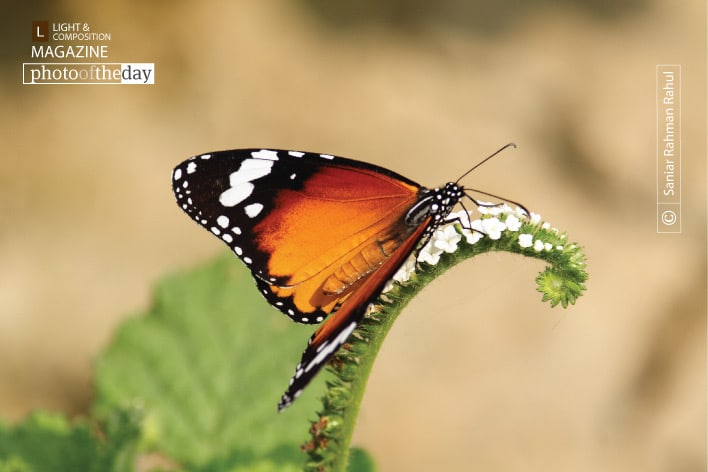