It was taken during the rainy season, when the fields along with ponds, canals and rivers filled with water. These two little boys were using this makeshift boat constructed from banana tree, a very common scene of rural West Bengal. It is very hard to run first time but very smooth after that. 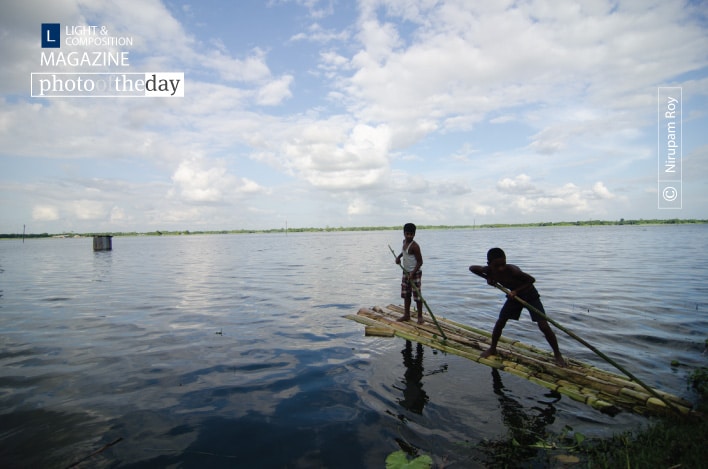 Subscribe Now
The Thought of Fall, by Sandra Frimpong

When it Comes to Colors, by Zahraa Al Hassani
Scroll to top wpDiscuz