In May 2013, I visited Kazan, an ancient city located on the Volga river in Tatarstan Republic, Russia. Kazan is more than 1000 years old, and it is famous of its Kremlin, complex of monuments and historical buildings, which are currently under UNESCO protection. One of the most beautiful mosques of Kazan is this Kul Sharif Mosque. It was a clear sky with a golden moon that helped making a good composition. I took this photograph from the roof of the hotel close to Kremlin. 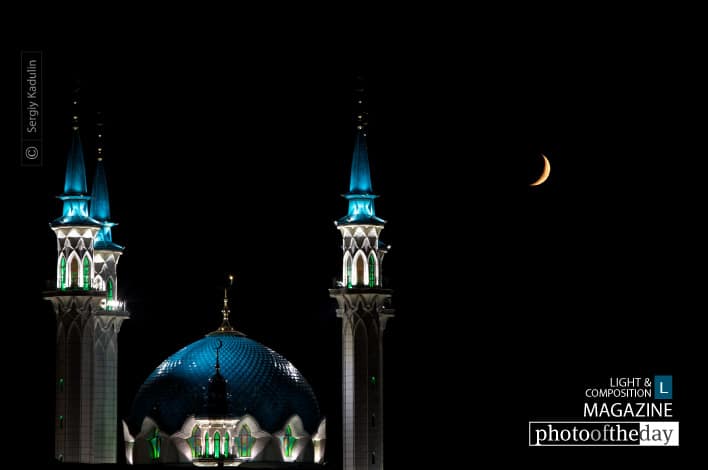 Down the Subway by Siragusano Dylan

Call for Perseverance, by Yousef Deeb